This morning we headed straight to the school. Our first presentation was on setting up a primary school library. Spreadsheet in Libre Office is a good way to develop a library record that can be easily accessed. 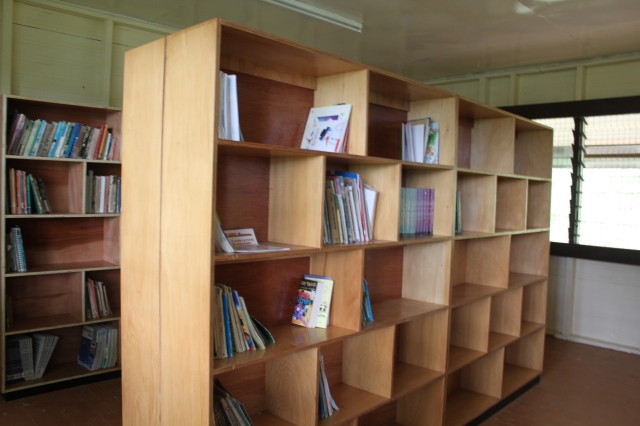 Library at the Sigatoka District School

Morning tea which followed was again a nice spread of local specialities. After morning tea we looked at Google Sketchup –  teaches developed a knowledge of this very quickly. There were some very good models that teachers were able to create in a short time. 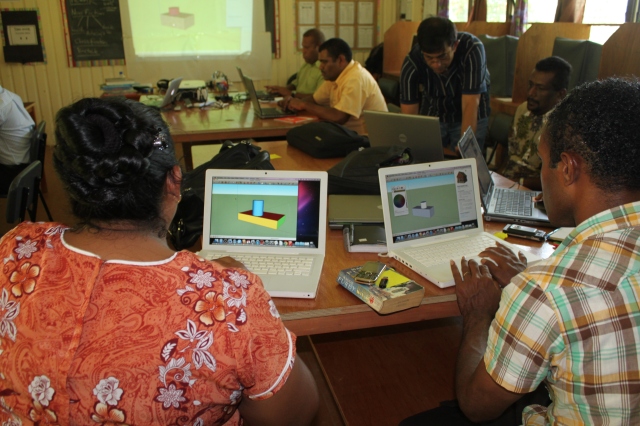 Pisi and his team from the local Teclecom company did a sales presentation of what was available in terms of the hardware to enable the schools to connect to the Internet. While it did provide teachers with some good information – there was probably information overload. The idea of developing a school intranet with one computer acting as the server and dedicated to the internet was not bought up. This idea can work –given that computer viruses are very common. Fiji is not alone when it comes to this issue but finding a way to detect and either eradicate or quarantine through a dedicated computer is probably an easier option when compared to dealing with a dozen or so computers. But then children can also spread viruses through their USB sticks if they are used on school computers. Perhaps the Ubuntu operating system may be one way to address the virus issue. 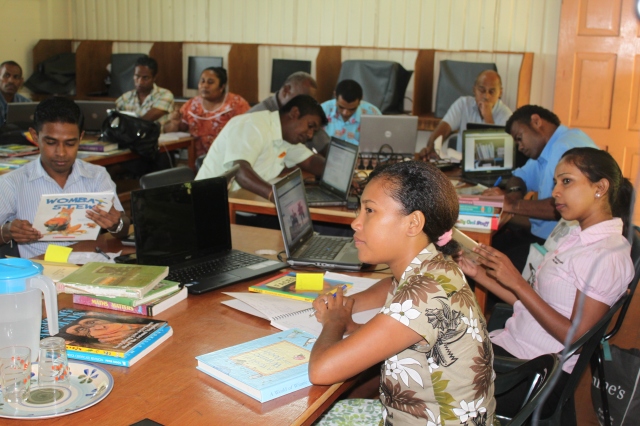 We did not stop for a lunch break because the school canteen was closed – but we did have a very good morning tea – so we kept going. Teachers worked in groups of classes 1-2, 3-4, 5-6 and 7-8. The task was to brainstorm ideas on a classroom activity that utilised ICT. A range of ideas were shared afterwards – photostory was very common but the manner in which the application was going to be used varied. There was one idea of using concept mapping (Freemind) in a Year 5 class where the achievement indicators focussed on classification of leaves in a science lesson.

It a very packed workshop session and the two days came to an end very quickly. The feedback from the teachers was very good. Apart from the experience that teachers had with the software and how they can embed it in the curriculum, there were two other very significant outcomes. First – under the direction of Mr John Vincent, an ICT group in the district would meet once a month. This would comprise of the participating teachers (in this PD) and any one else who may be interested. Secondly, all teachers now had the basic knowledge of how to maintain their websites. The laptops that were used in the training were donated to schools in the district – thanks to the support of the Faculty of Science and Engineering at the Queensland University of Technology.

Participants at the Sigatoka Workshop

After the workshops, we visited the Sigatoka Special School with Ms. Mereoni Mataika – Service Manager of the Marine Sanctuary at the Shangri-La Fijian Resort. This resort has been very proactive in supporting schools and community groups in the district. Sigatoka Special School has been one of them. It has 40 plus students. The school has some good resources and there was evidence of some good programs that were being offered by Mr Pollo (the Head-Teacher) and his staff. A good inclusion at this school may be some ipads or android systems to support the children with their learning. 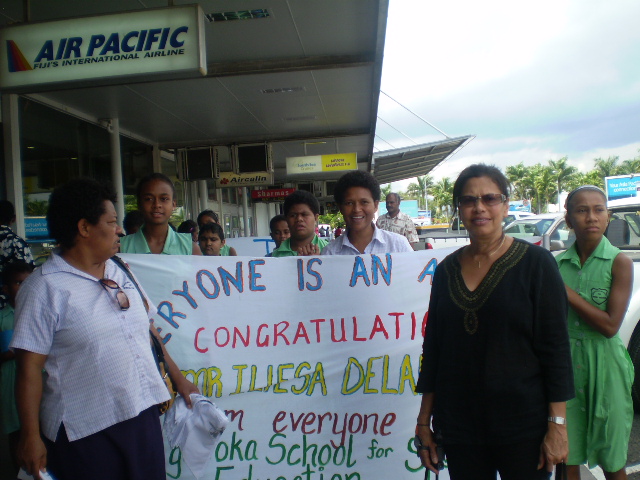 Students and teachers from the school

This entry was posted in 2012, Teacher PD and tagged Sigatoka. Bookmark the permalink.