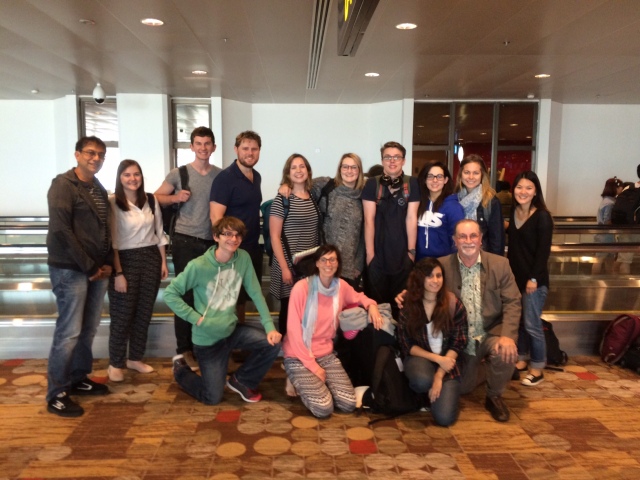 Our trip began with great excitement and on time from the Brisbane International Airport on September 25. There was a rolling border patrol officers strike at the airport. However, passengers were processed relatively quickly through customs and security. The first leg of the flight was from Brisbane to Singapore. We had a stopover at the Singapore Airport for about 5 hours followed by a quick 45-minute flight to Kuala Lumpur. All in all – it was a very long day but our adrenaline levels were high…we did not notice it.

Environmental terrorism
Singapore airport was blanketed in haze and visibility was poor. The haze was the result of bushfires in Indonesia, lit by irresponsible palm oil, paper and pulp companies clearing land to advance further their business ventures. In short this is an act of environmental terrorism. This practice has gone on for years. At this time of the year, fires are lit in parts of Indonesia with little thought on its consequences. It has a serious impact on not just the flora and fauna (including people) in Indonesia but some countries in S.S. Asia including Singapore and Malaysia. According to the Guardian, “tens of thousands of people in Indonesia and Malaysia have sought medical treatment for respiratory problems. The annual burning is decades old, and Indonesia has faced mounting pressure to end the practice. Scientists say the pollution could surpass 1997 levels when the haze created an environmental disaster that cost an estimated US$9 billion in damage”. 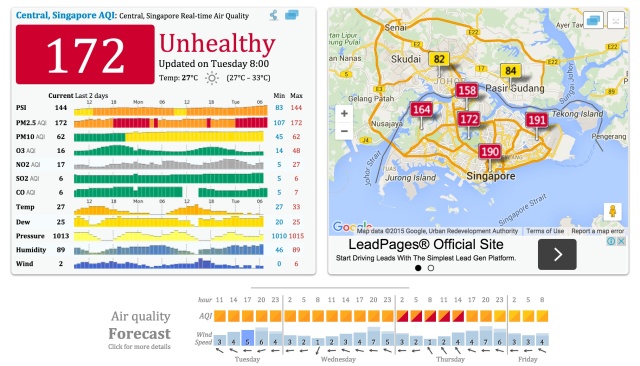 Relied on this site for pollution index updates: http://aqicn.org/

Arriving in Kuala Lumpur
Dr Siti and her group of very enthusiastic students greeted us the Kuala Lumpur Airport. It is the first time I experienced a welcome of this sort. About a dozen of Siti’s students were at the airport. Some were holding up a banner to welcome us as we emerged through the doors of customers and immigration processing area. The welcome was very touching – what made it even more meaningful was that this was about 11 pm in the night on a Friday and in the middle of the celebrations for the Eid al-Adha festival. In my mind, this warm welcome was an indicator of the partnership we were going to develop with Dr Siti and her students. 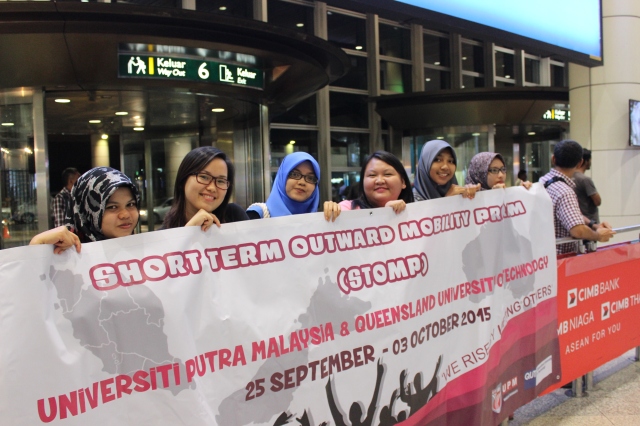 Part of the welcoming team from UPM (Photo: Ibnu Isa)

We spent our first two nights at the SISFEC Sultan Idris Shah Forestry Education Centre in Selangor. The centre is a campus of Universiti Putra Malaysia. The trip from the airport to the campus was about 45 minutes. We stopped for supper at an authentic restaurant – where the locals go. In Malaysia, such food outlets are open 24/7. Supper is a very important part of the Malaysian culture. Some of us who were familiar with the local cuisine fell in love with this place at first sight. We had different preferences – for Graeme it was Roti Channai, Fried Rice for Richard and Dosa for Jocelyn. An authentic tandoori and naan oven influenced my decision. So I went for some garlic naan and chicken tandoori. The freshly cooked food was a hit with everyone. My thali cost about nine ringgits (about $3 Aud) – great value and taste. 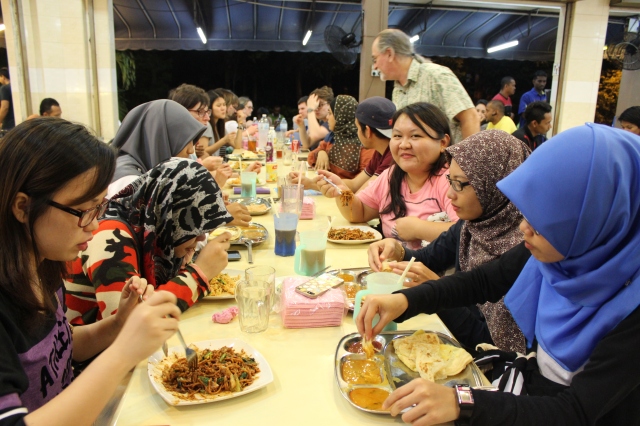 After a well-earned sleep, we woke up to the singing and chirping of birds. No noise of cars, buses, trucks or aeroplanes on this campus was a relief from the everyday hustle and bustle that we have become so used to. In ” 1996, through an agreement, the Selangor state government granted permission to UPM to manage and conduct activities related to education, research and forestry development for 99 years that will only end in 2095….This forest is a home to 430 flowering plant species, 33 fern species, 127 timber species and 99 herb species. It is also a home to five out of 10 large mammal species in Peninsular Malaysia, 208 bird species including 35 endangered species and 30 migratory species, 14 small mammal species including slow loris, 13 bat species, 18 frog species, two reptile species and 10 fish species. This species diversity is an attraction that draws researchers to conduct their multidisciplinary scientific studies here”. 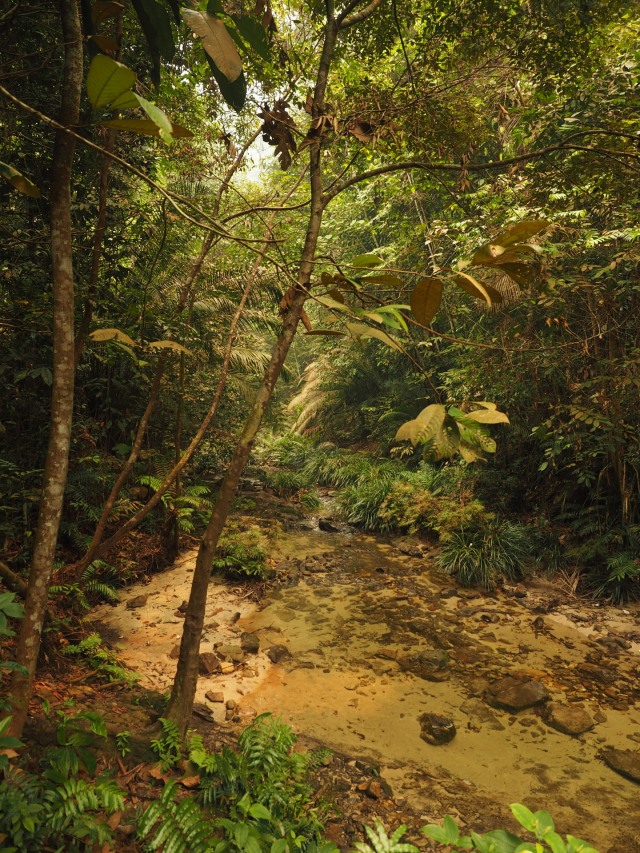 Deforestation is rapidly becoming a significant global issue. The haze that was evident at the Singapore airport is a product of this. It is a sign of our changing times. Pristine forests are becoming the targets of a quick fix that leads to economic gains in the short term. This forest was a delight to visit. 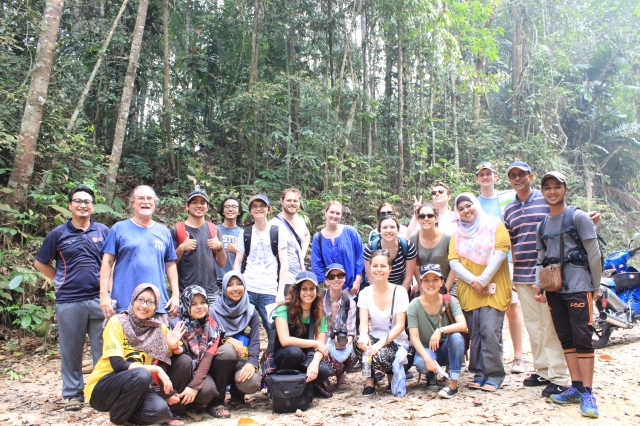 Siti gave us an introduction to the centre and its role at her university. This introduction was followed by a tour of the forest and the surrounds by Siti and her group of enthusiastic students. This area that is not open to the public. Special permission needs to be sought from the University before the public is given access. Schools and various other groups do access the forest for meaningful activities. As we walked in between the trees – some possibly hundreds of years old, it became evident that this unique forest was well managed. Litter was almost non-existent. The tracks were very well maintained. The students guided us to a lovely waterfall – it was the icing on the cake. The water was very clean, cool, crisp and refreshing. The world needs more people like the Sultan Idris Shah who are visionary and have the foresight to see the value of conservation for future generations. 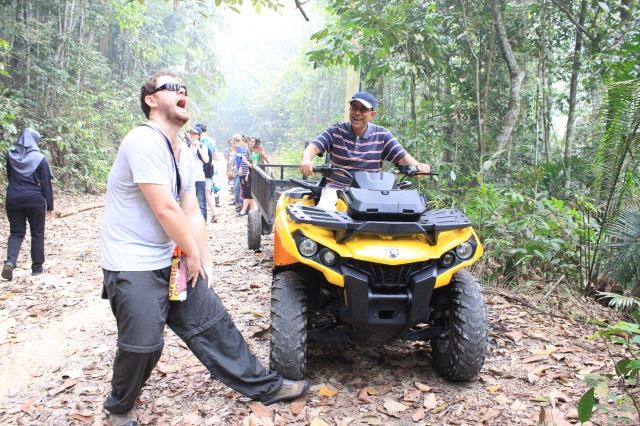 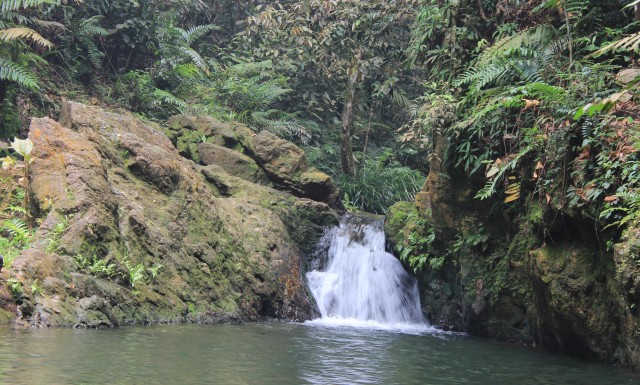 After our forest walk, our students teamed up with their Malaysian university counterparts to go through the activities that they had developed for the SK Temai Primary School. The idea behind this meeting was to review and refine activities where necessary. It was very pleasing to see that the meetings went very well. I also teamed up students in pairs. I asked to do a LIST presentation at the end of next week. L- what did you learn from your partner, I – what was interesting about your partner, S – what was special about your partner, and T – what did you teach your partner. 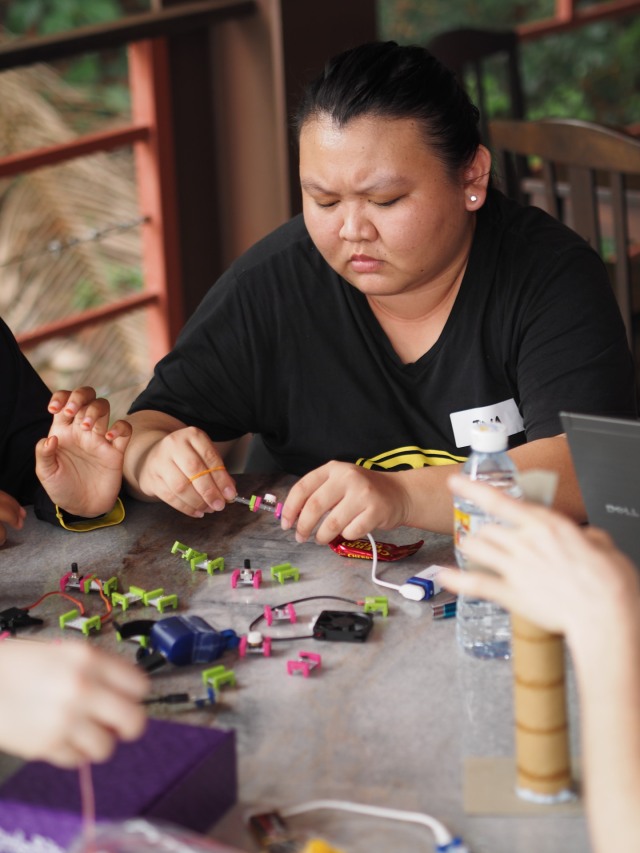 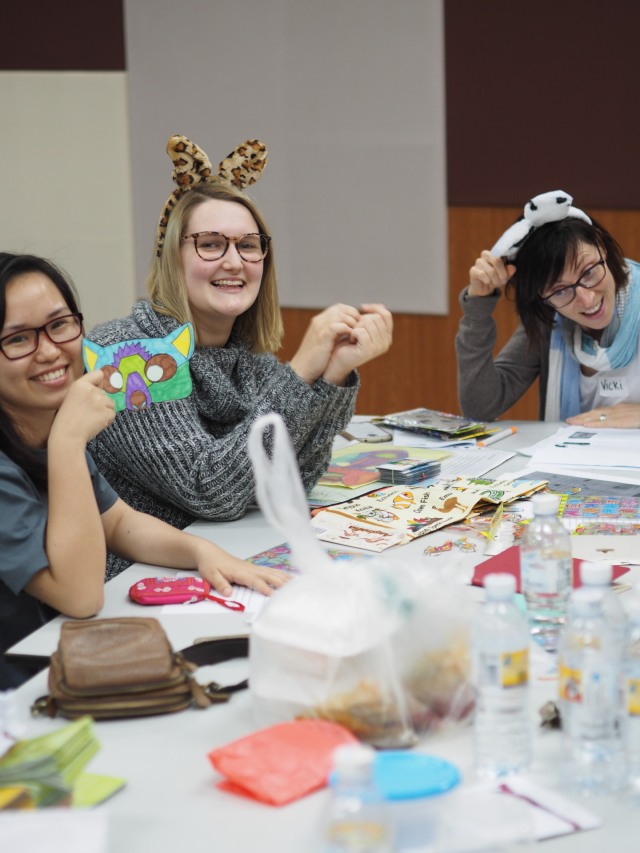 The day ended with musical and dance presentations by some very talented students from Universiti Putra Malaysia.